We all washed in buckets

Every two months, a sweat rag, which doubled as a face washer, was provided to combat the grime before meals and after a hard day's work.
Media

We all washed in buckets

Amenities remained basic in the workshops and indoor toilets were not provided until 1910. Fitters’ assistants and shop boys would put a bolt in the furnace and drop it in the bucket to heat the cold water. Most Eveleigh workers remember their buckets bitterly.

“We washed in buckets for thirty years and, personally, it was disgusting, whereas down in the head office they used hand basins – they never washed in buckets – and we're out in the dust and the grime and the heat.” 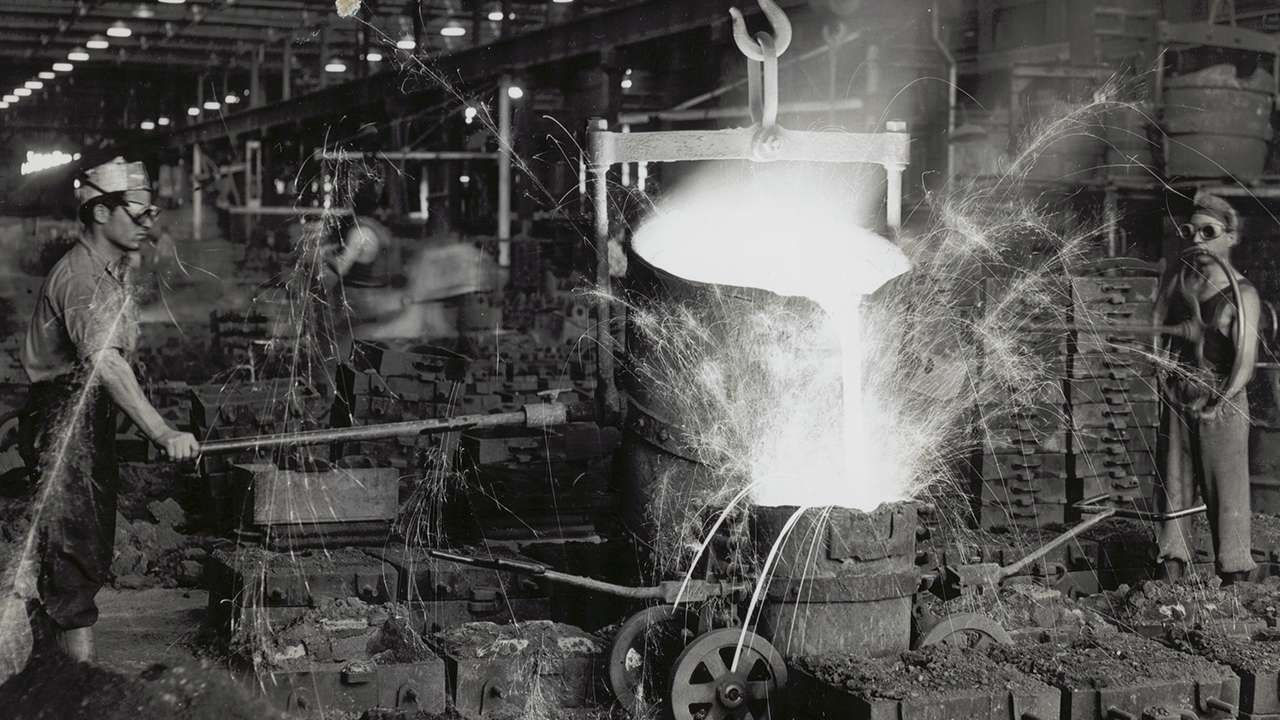 "The dirt – that's what most workers remember about the Eveleigh Workshops. The dirt, the dust, the grime, the grease, the heat and the buckets.

It was filthy work, maintaining machinery, servicing engines, and peeling dead animals, sewerage and other debris from the undercarriage of trains: you had to hold your breath.”

But there was camaraderie to the routine…

"You had men all round you, you got to know them and the work they were doing…but they had a bucket as well. You wasn’t on your own with a bucket, they all had their own buckets.” 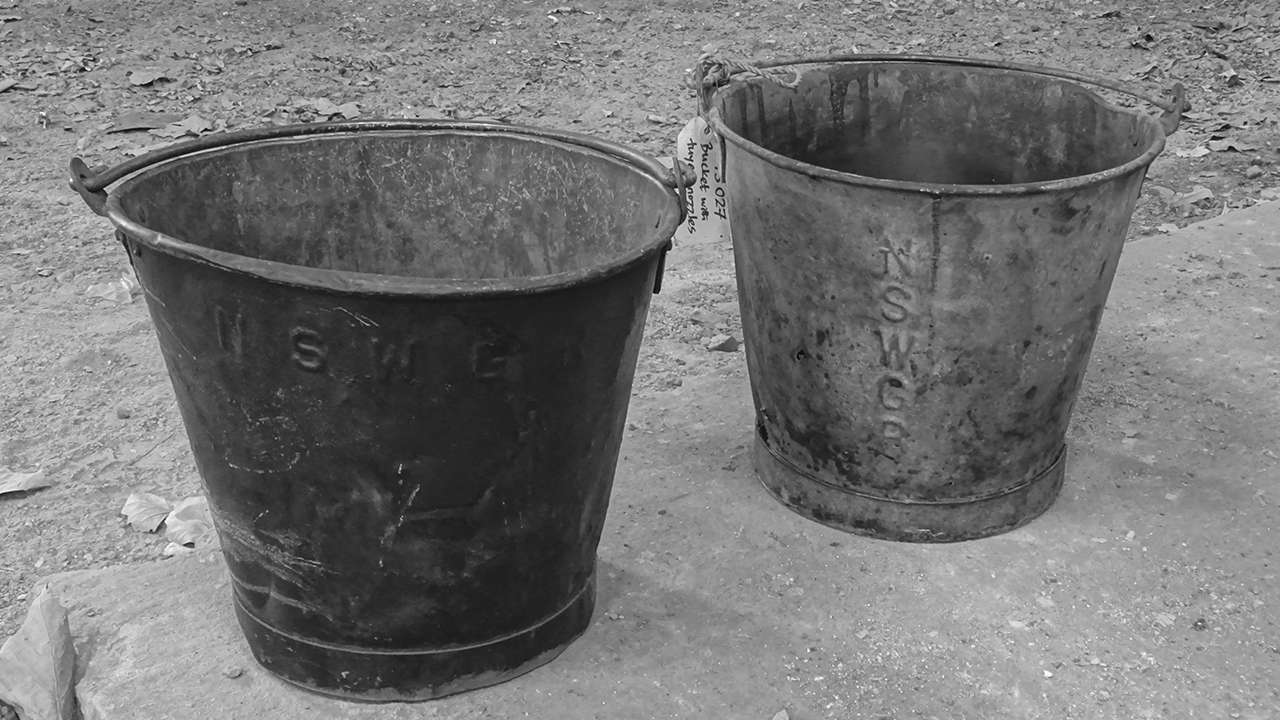 “I'll never forget. You had about a three gallon galvanised bucket. You used to hide behind the machine because you weren't supposed to be washing [laughs].

As I say, it's different today, I think mostly today you do wash up in the employer’s time.”

It was difficult to wash off the grease and oil in cold water with poor quality soap.

“In the dirty trades, earlier on, we got an issue of 'soft soap'. It was the most shocking thing to put on your hand. It would leave the dirt and remove the skin. It was pure caustic. Ultimately, they had to do away with this because of dermatitis and that sort of thing.”

There was conflict between workers and management about when the ‘wash up’ could take place:

“The first hand basins that went in stood there for years without being used because the unions wanted ten minutes to wash up in, and the management wouldn't give them the ten minutes. Their policy was you washed up after work…

Those hand basins stood locked up for four years. Eventually they unlocked the door and anybody could use them.” 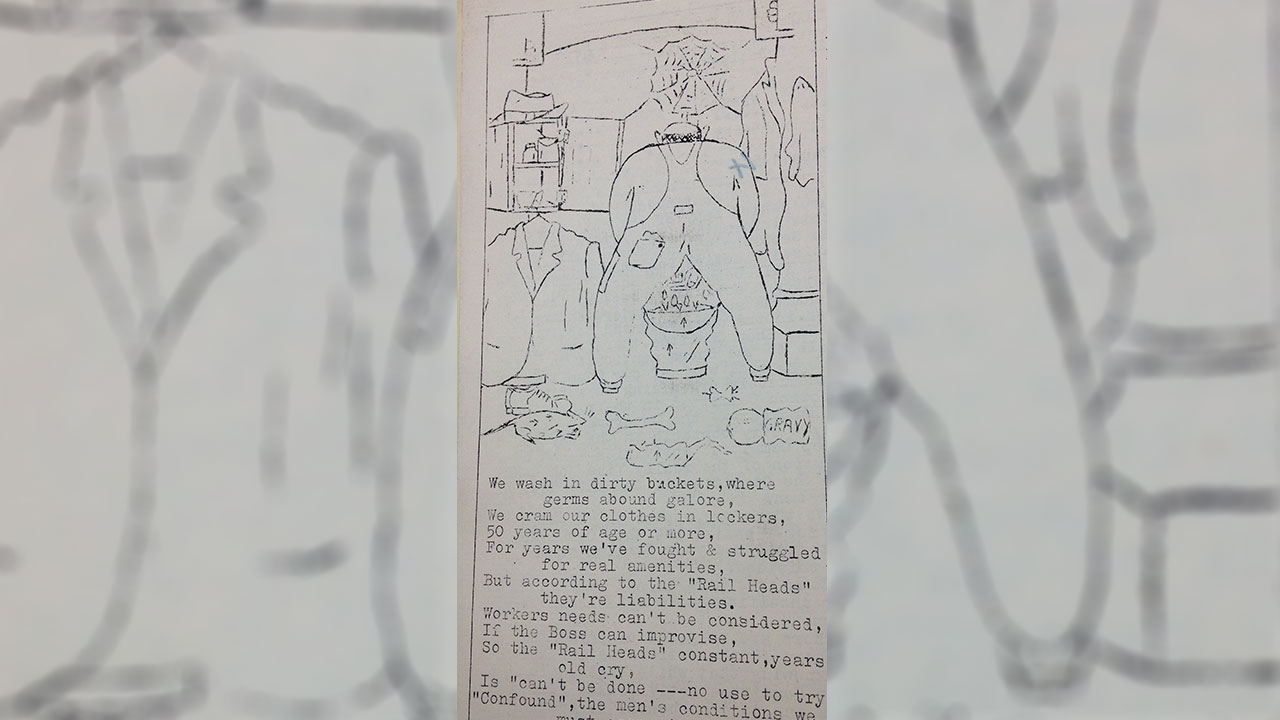 When 10–20 basins were finally introduced in the 1950s, workers returned to buckets because the scarcity of basins meant they were delayed by queuing to use basins.

“A lot of fellows didn’t want to get rid of the buckets they were washing in, because they could always have a little wash up early and hide the bucket behind a machine.”

In 1976 workers were still washing in buckets three times a day. Ian Mair started as a shop boy in the Millwright section and recalls:

“The shop boy’s job was to go around getting the morning tea orders, lunch orders, to clean the washing up buckets. I used to wash 20 buckets by 3, which is 60 buckets per day for our trades and non-trades staff because washing facilities and showering facilities were pretty limited here, and the management believed in getting the maximum production out of the staff.”

Despite the grimy work and the rules and regulations that defined railway employment, it was considered highly desirable to work on the railways. It offered security and fringe benefits, such as free travel passes and paid holidays, as well as prestige and the opportunity for promotion. It was not unusual for multiple generations from a single family to be employed in the workshops.

‘Pumping the Life-Blood into Politics and Place': Labour Culture and the Eveleigh Railway Workshop Labour History, No. 79, November 2000, pp. 11-34