What is now Eveleigh was Gadigal territory, when in 1822 James Chisholm took possession and later built his rural residence, Calder House.
Media

By 1855 the Sydney to Parramatta railway line bisected Chisholm's estate, and in 1878 the entire site was resumed for construction of the Eveleigh Railway Workshops.

The Locomotive Workshops, Running Sheds and Manager's Office were sited to the south of the main railway line, and the Carriage Works, Paint Shop, Stores and Chief Mechanical Engineer's Office located to the north of the tracks. 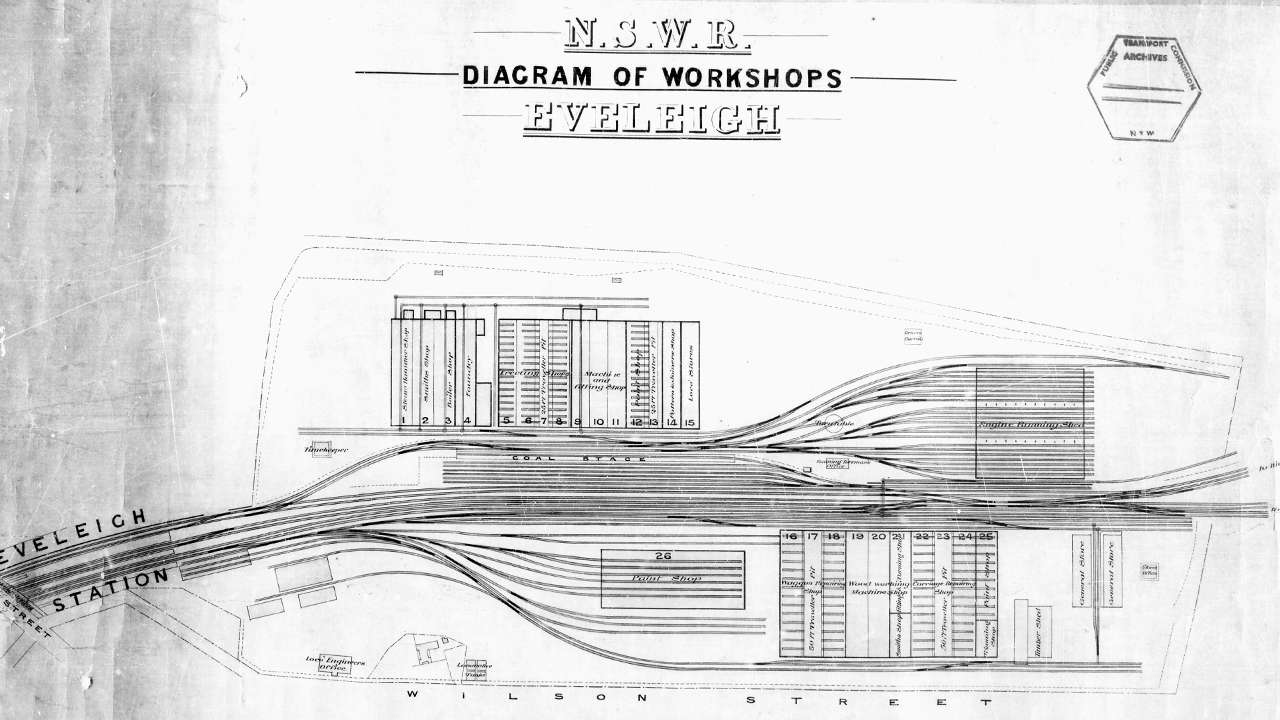 The Locomotive and Carriage workshops were interconnected with a service tunnel, and in later years a timber pedestrian bridge carried innumerable workers to and from their labours like ants swarming about the nest.

This vast workshop complex employed workers in the thousands who undertook the assembly, repair and maintenance of imported steam locomotives and the construction and maintenance of carriages used throughout the NSW railway network, which was advancing across the colony. 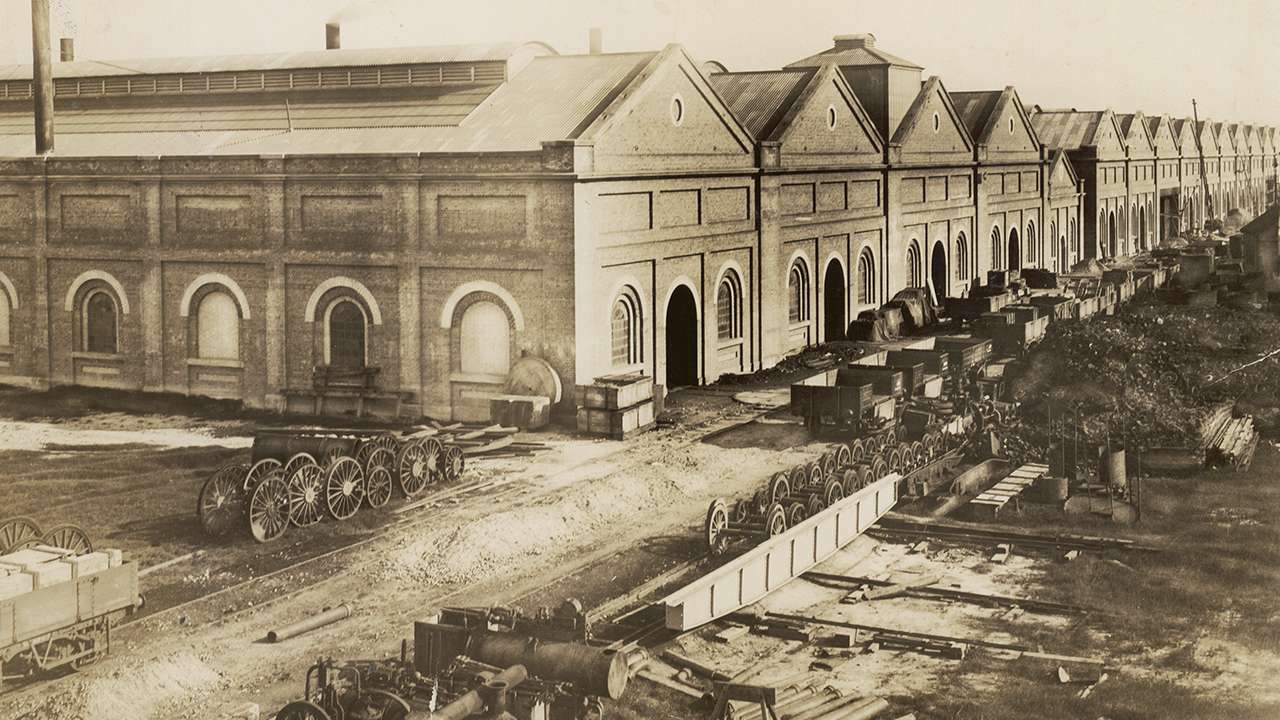 To cope with increasing demand for new engines, the Large Erecting Shop was opened in 1899 providing a dedicated workshop for locomotive overhaul and assembly, while freeing up valuable space for the specialist trades performed in the various bays of the Locomotive Workshops.

With the commissioning of the New Locomotive Shops in 1907, Eveleigh commenced manufacturing its own steam locomotives. During the periods 1908–25 and 1945–52, some 181 new locomotives rolled off the production line and into active service.

The Eveleigh Railway Workshops of the late nineteenth and early twentieth centuries was comprehensive and advanced, employing some of the most sophisticated machinery and power systems available for the manufacture and overhaul of steam locomotives. Consequently, Eveleigh's workforce developed specialised knowledge and skills geared towards steam-age technology.

But innovation never sleeps. When the first wave of diesel and electric engines reached NSW in the 1950s, the steam era was waning. Eveleigh manufactured its last steam train in 1952 and in 1965 steam locomotion was abandoned altogether. 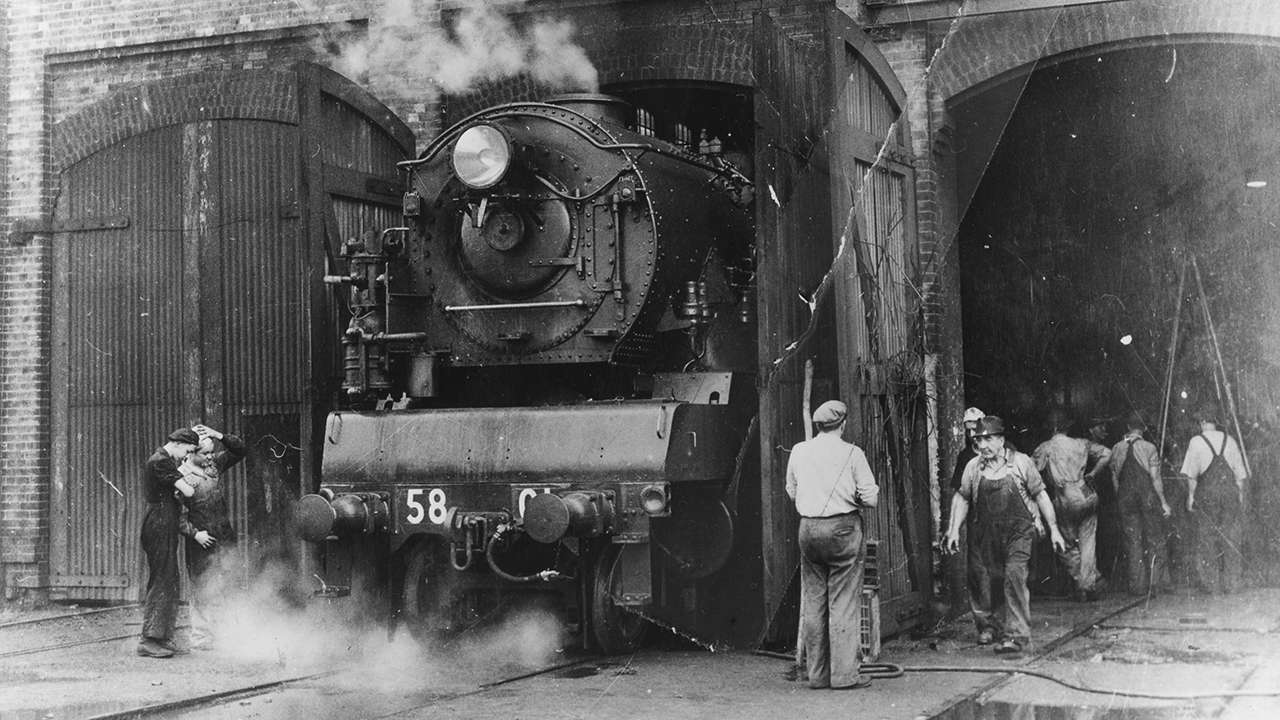 Attempts were made to modernise operations in the 1970s with new departments hastily established to service the diesel and electric fleets. However, Eveleigh's workshops were still wedded to the antique machinery of the Victorian age and its workforce skilled in trades now redundant. Eveleigh's operations went into decline and in 1989 most of the great machines fell silent.

After 102 years of continuous operations, workers downed their tools and the obsolete Eveleigh Railway Workshops closed its doors.