When Eveleigh workers walked off the job in August 1917, they triggered a general strike that ultimately swept across Australia. Railway workers who wanted to return to work at the strike’s conclusion were sacked. They became known as ‘Lily Whites’.
Media

“I should not be a Member of this Parliament today if some tolerance had been extended to the men who took part in the strike of 1917. All that harsh and oppressive treatment did, as far as I was concerned, was to transform me, with the assistance of my colleagues, from an ordinary engine driver into the Prime Minister of this country.” 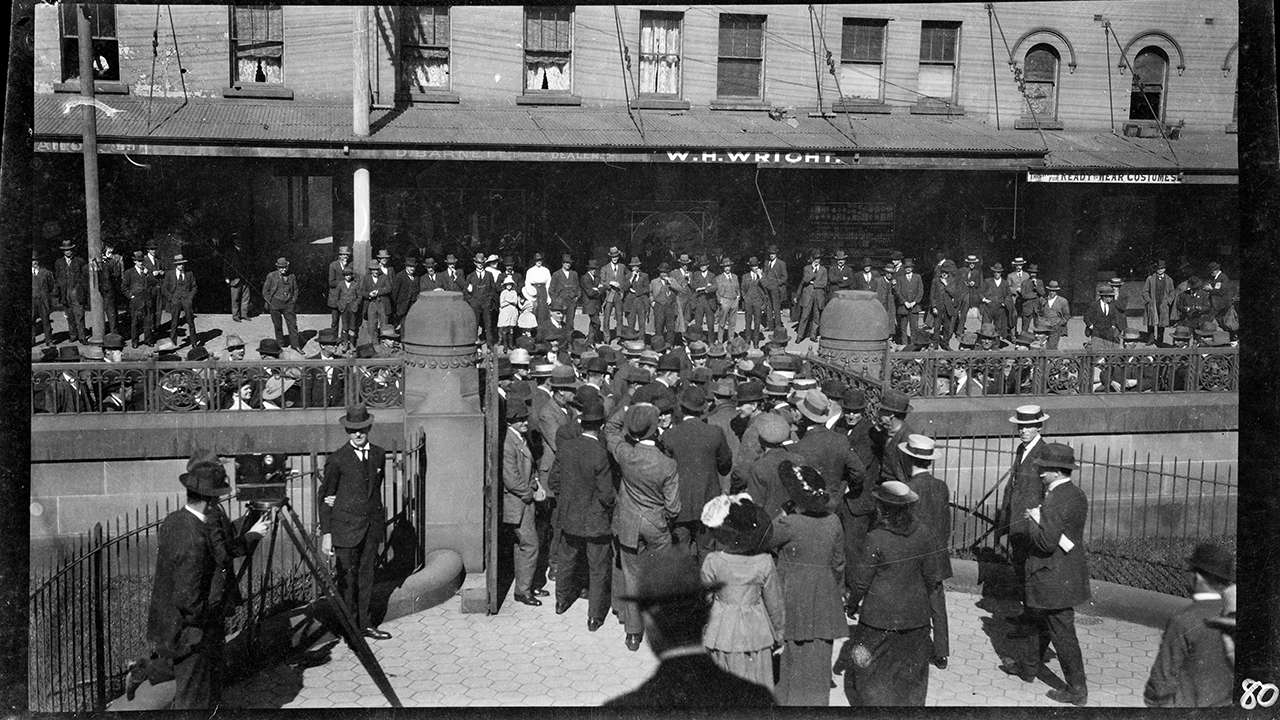 In 1886, the Australian Railway and Tramway Service Association (ARTSA) was established by two porters who realised that unskilled workers had issues which could be better resolved by a unified approach. Until then, the unions only represented skilled specialist groups such as the boilermakers and engine drivers.

From the time Eveleigh was established in 1887, its unions and activism were pivotal to the growth of the Australian Labor Movement. Workers at Eveleigh held considerable power as the main locomotive repair and maintenance workforce.

“Part of the industrial muscle of the Eveleigh area was the fact that they could put on a demonstration outside of Parliament in half an hour or so.”

In the early days Eveleigh men mobilised to oppose the abolition of breakfast breaks in 1886, and later helped to establish minimum rates of pay, railway travel passes for workers, and the eight-hour day.

In 1914 workers showed strong early support for sending troops to assist Britain in World War I, but heavy casualties suffered by the working classes created criticism and doubts. During this period:

“Prices leapt; wages lagged behind; so that the workman found that he had bigger bills to meet, but relatively less means with which to pay them. Industrial discontent ensued”. 3

The War’s demand for more goods and services from fewer people raised the pressure at Eveleigh. In 1917 Acting Chief Railway Commissioner, James Fraser blamed “pernicious mischief makers” rather than poor management for low productivity, described the growing strength of unions as “barbarous”, and “diseased”.

There had been more than 40 strikes at Eveleigh since the beginning of the war and Eveleigh management renewed its previous efforts to introduce the Taylor Card System. Fraser’s card-based costing system was intended to ‘streamline’ production and measure workers’ performance. ARTSA reacted to this by claiming the system would dehumanise workers and make a monotonous job worse.

In July 1916 The Co-operator (railway union newspaper) editorial stated that:

“Scientific management seeks to make the task of the worker more monotonous than it ever was, to take from his work the last vestige of individuality, and to make him a mere cog in the machinery of production.” 4

The system required a foreman to record detailed accounts of how each worker spent his day. If work took too long to complete, or workers were absent from their station without authorisation, it was noted on the card. If a satisfactory explanation was not produced, an employee’s pay was docked. Additional foremen were required to complete this extra supervision. The process was called `Taylorism’, after its American advocate F.W. Taylor.

Based on the US experience, the workers feared fragmentation of their work into simple repetitive operations to speed up the process of production. 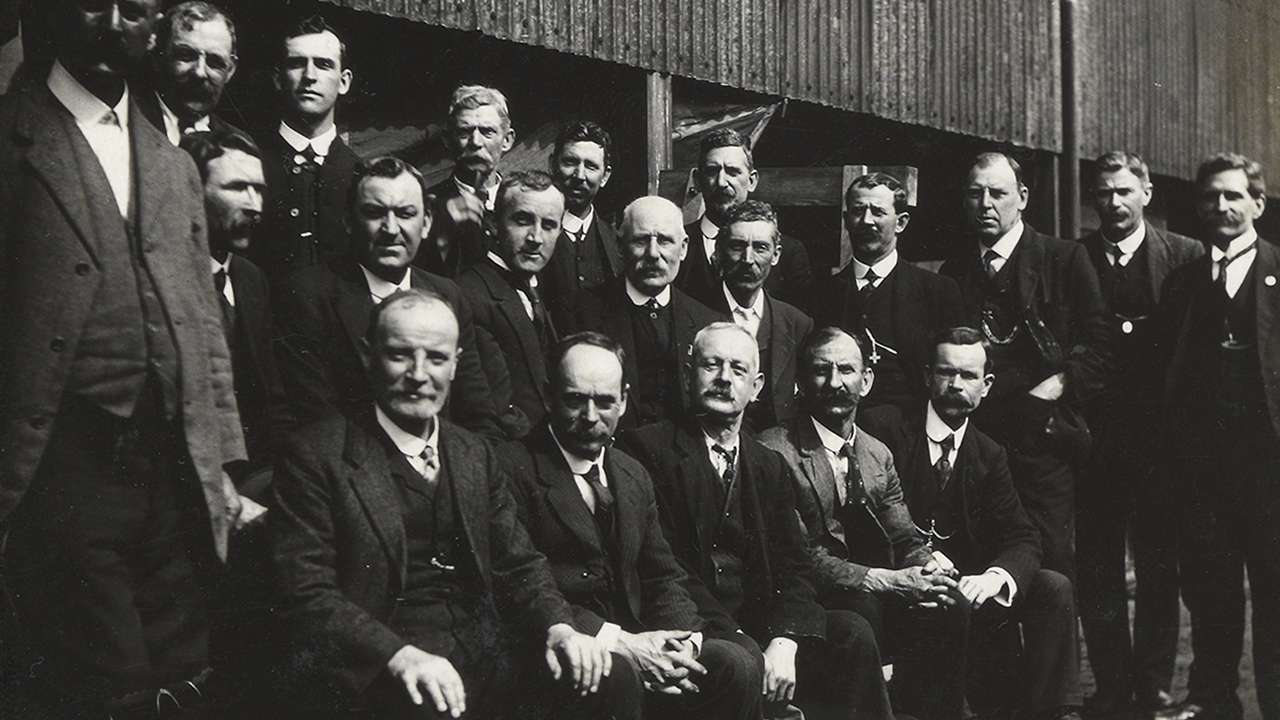 A central tool room was also established, and workers had to request the tools they needed.  However, workers saw this as an insult to their skills.  They felt the centralised system removed their ability to collaborate on tasks and removed the teaching role of more experienced workers. Previously, workers had been allowed to make and maintain their own set of specialist tools, which were stored in their own lockers.

This was the final straw in a litany of grievances, including widespread retrenchments and onerous work schedules requiring locomotive crews to be on the job for unpaid periods. Added to this was the general economic background of the war years.

Government and the Railway Commissioners refused to negotiate over the issues. Eveleigh workers walked off the job on 2 August 1917 triggering the largest industrial dispute in Australian history. Other workers followed suit. What became the General Strike engulfed the nation as 97,000 rank and file union members downed tools and walked off work site after work site.

The waitresses and kitchen hands at Central Station refreshment rooms refused to serve non-strikers and walked off the job on 13 August 1917.

Stan Jones, the son, cousin and nephew of Eveleigh workers, and an Eveleigh employee himself remembered:

The response to this call for help was so large that from 14 August 1917, the strike-breakers, known as ‘Loyalists’, had to camp at the Sydney Cricket Ground and Taronga Zoo.

“At some stage…in a worker's life, either…he's faced with a decision: shall I work or will I scab?

When you're a married worker with a family it's a big decision to go into a strike action not knowing when it might end. That sort of courage is the thing that really typifies the working class of this country.”

Within a few weeks some strikers’ families were living on handouts. They were begging their husbands and fathers to return to work.

Returning strikers were stripped of any seniority and their superannuation rights. Ultimately, union officials capitulated, and the strike ended after 82 days on 8 September 1917.

Loyalists’ jobs were confirmed. Workers who stayed out on strike became known as the ‘Lily Whites’. Three thousand men had their employment records marked “not to be re-employed” or “dismissed by Proclamation”. This was despite the Railway Commissioners having agreed that “work shall be resumed without resentment and employment offered without vindictiveness”. 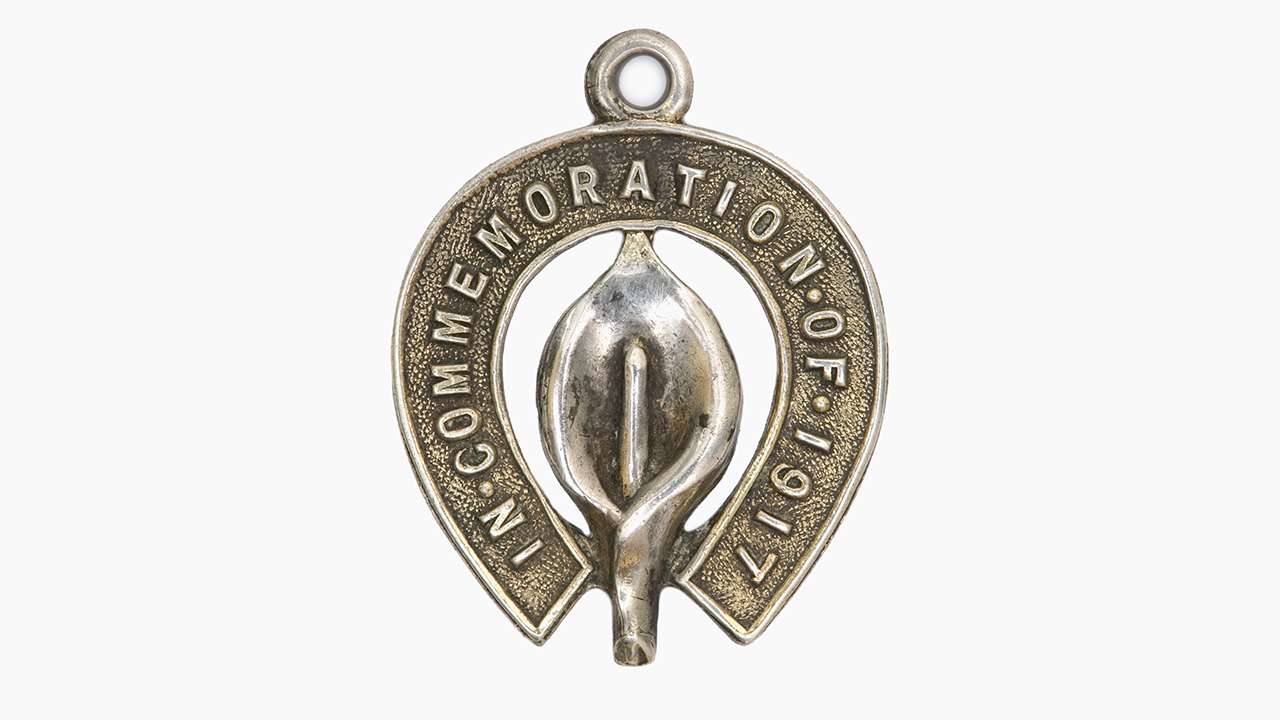 The Taylor card system was introduced. Sometime after the strike, as a mark of solidarity and pride, the Lily Whites adopted a pin to identify themselves.

“As a result of his activities, my father, along with many others, were victimised and were not employed back in the railway service for a long period after the strike. My father went to work at the steelworks at Newcastle as a boilermaker, and he continued for quite a while to go each week to the steelworks from Redfern.  That's travel from Redfern to Newcastle, bringing home his wages at the weekend, in order to keep the family going.”

Many unions were deregistered and working conditions became harsher than they were before the strike. They remained that way until 1925 when the NSW Premier, Jack Lang, upheld his pledge to restore strikers’ positions.

“I remember somebody retiring off a drilling machine in 12 Bay around the early ‘60s and somebody brought him along a lily.

A ‘lily white’ was a man who went out on strike and didn’t come back until years later, when the railway re-employed him.

Well the Unions might have remembered it more than the average railways fellow. I was amazed and wondered what the heck it was all about, why they gave him a lily…the railways employees, have got long memories.”

The Active Chorus: The Mass Strike of 1917 in Eastern Australia. Thesis is submitted in fulfilment of the requirements for the degree of Doctor of Philosophy. School of Social Sciences, Faculty of Arts Education and Human Development, Victoria University,  http://vuir.vu.edu.au/1472/1/bollard.pdf