One of the most luxurious railway carriages in Australia, the Governor General’s Carriage was designed in the Chief Mechanical Engineer’s Office (at North Eveleigh).
Media

Commissioned in 1901, the most highly skilled artisans employed in the NSW Government Railways worked on the Governor General’s carriage. The carriage was completed for the royal visit of the Duke (later King George V) and the Duchess of Cornwall and York.

The Duke, here to open the first federal parliament in Melbourne in 1901, commented that

“The train was the most comfortable one he had ever travelled in during his life”.1 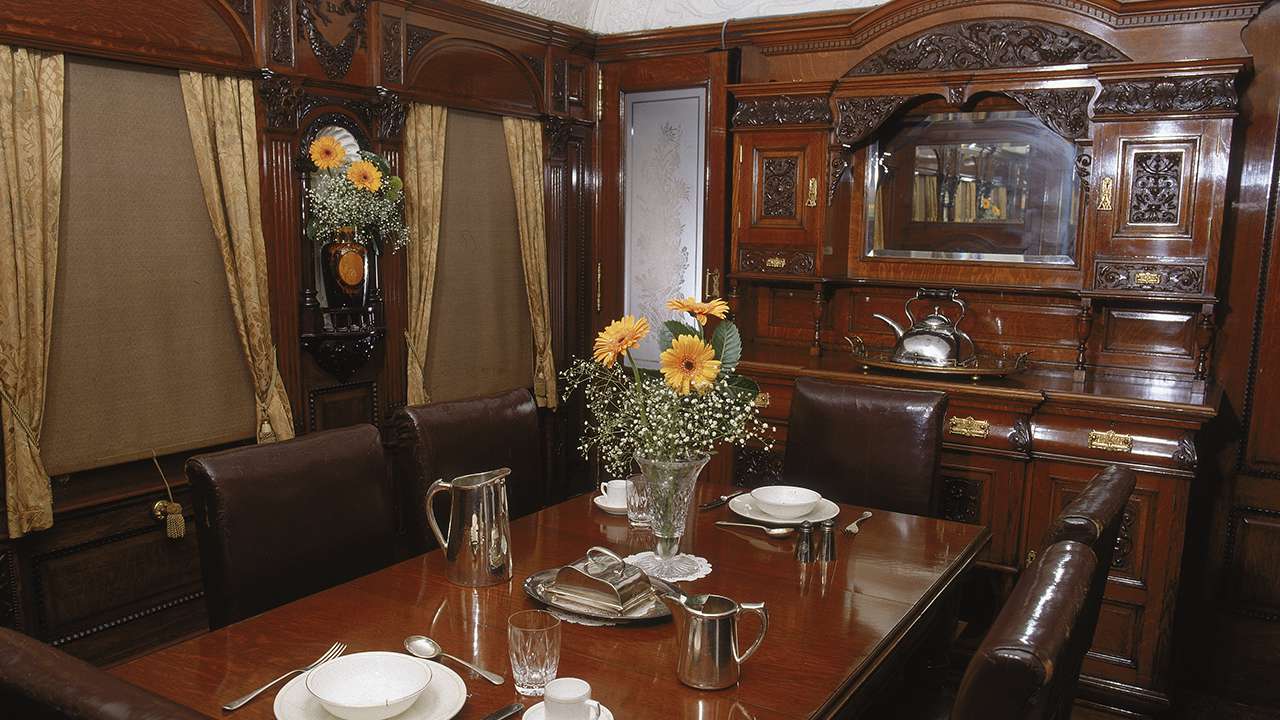 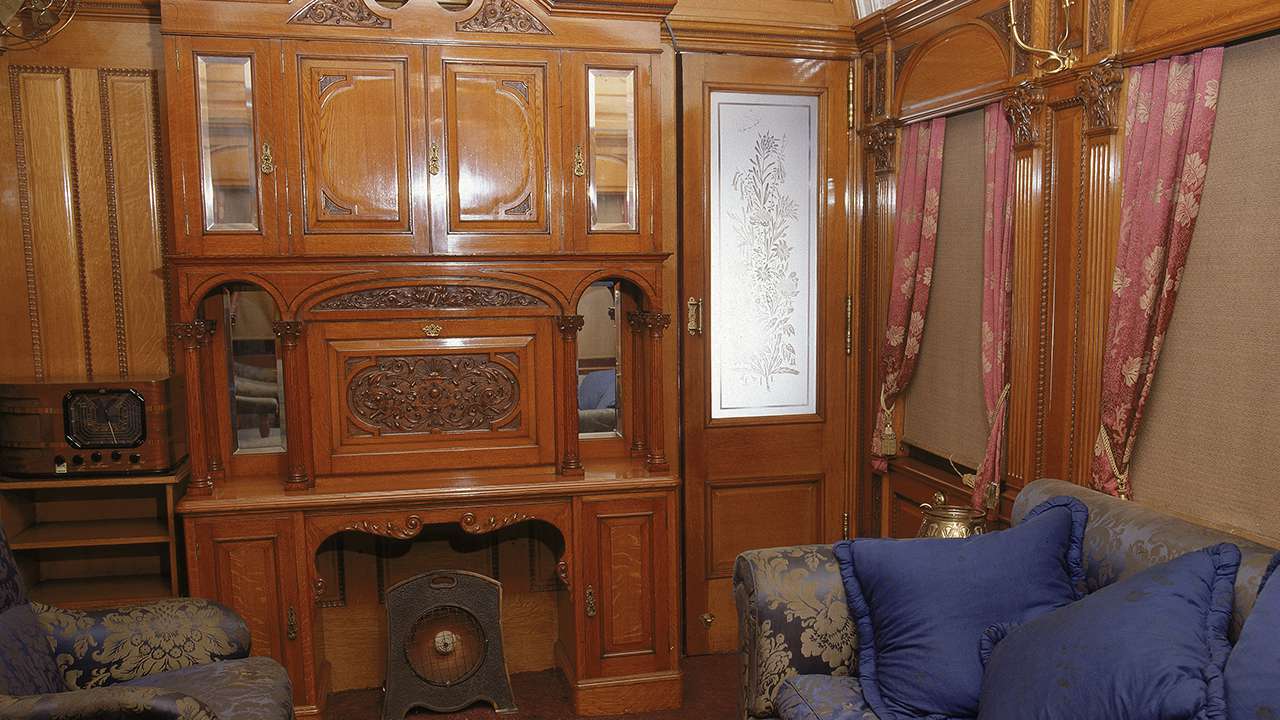 The best Morocco leather and upholstery accompany fine carpets, gold-tinted velvets, silk drapes and hundreds of gold-plated items such as coat hooks, candelabra and light switch covers. Ornate ceilings are stamped zinc panels by Wunderlich and are inset with the royal coat of arms. The carriage was renowned for its whisper-smooth ride.

It was heralded by writer Hamilton Hyde in 1922 as “an all-Australian triumph” which exhibited Eveleigh workers’ “excellence of workmanship and artistic craftsmanship. The men put their hearts into the job and turned out a blue and gold masterpiece”.2

In 1953, workmen at Eveleigh renovated the interior of the carriage for use by the Queen in 1954. One of those workers was Hal Alexander, an electrician who recalled fitting out the Queen’s carriage with air-conditioning:

“That was my great claim to fame; I air-conditioned the Queen’s carriage.

And at the end of it, all the larrikins got on the back…to go for a test run to see if it worked and everywhere we’d stop, we’d all stand and give the royal salute to all the mob.” 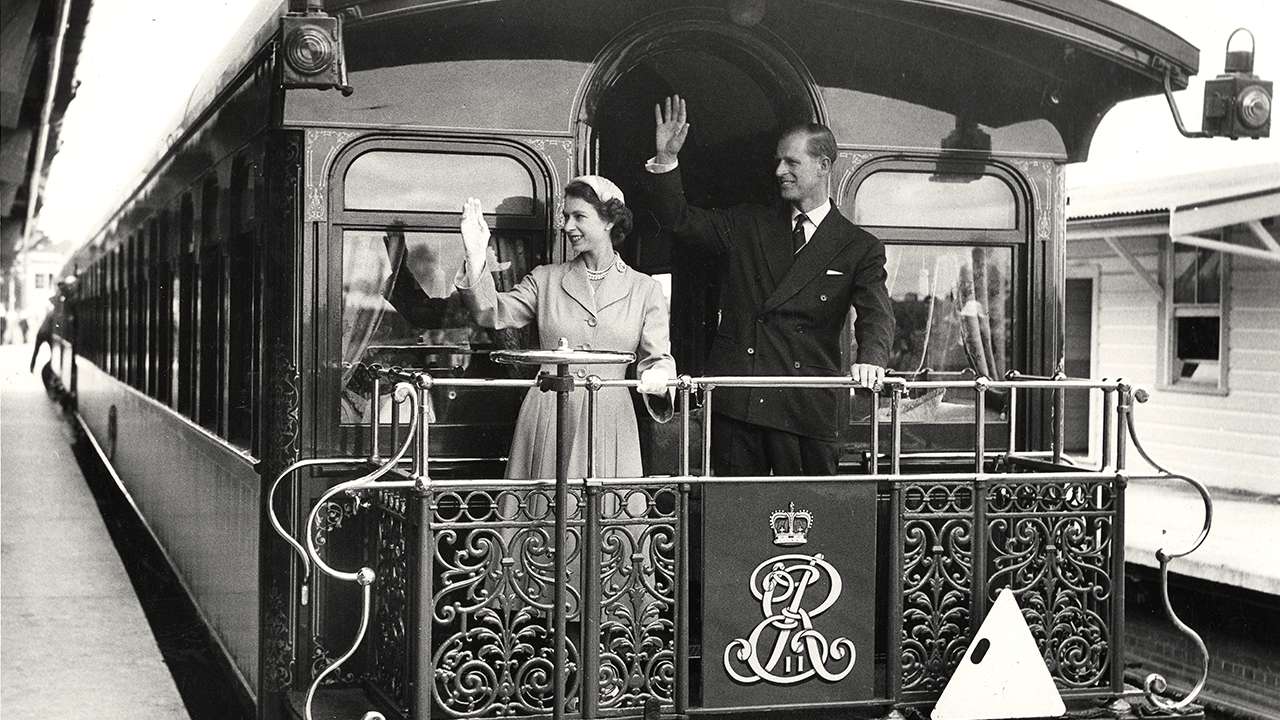 It was used by a number of royal visitors, and in 1954 carried the first reigning monarch to visit Australia, Queen Elizabeth II and Prince Philip.

‘The Australian as Engineer: Splendid Work at Eveleigh Workshops’ in Sea, Land and Air, p.179