Sister Lions was the Senior Industrial Nurse at Eveleigh between 1947 and 1968. Like William McKell, J.J. Cahill and J.S.T Mcgown, she was inspired by the hard conditions at Eveleigh to enter politics and try to improve conditions for workers.
Media

Mary Agnes Lions was born in Subiaco, Western Australia in 1908. Her family must have moved to Sydney as she went to Petersham Girls Intermediate High School 1920-1925. She qualified as a nurse.

According to Professor Lucy Taksa, she came to Eveleigh in 1947 as a Senior Industrial Nurse and stayed until 1968. Men such as William McKell, J.J. Cahill and J.S.T Mcgown were inspired by the hard conditions at Eveleigh to enter politics and try to improve conditions for workers. In this way Mary was very much the same. 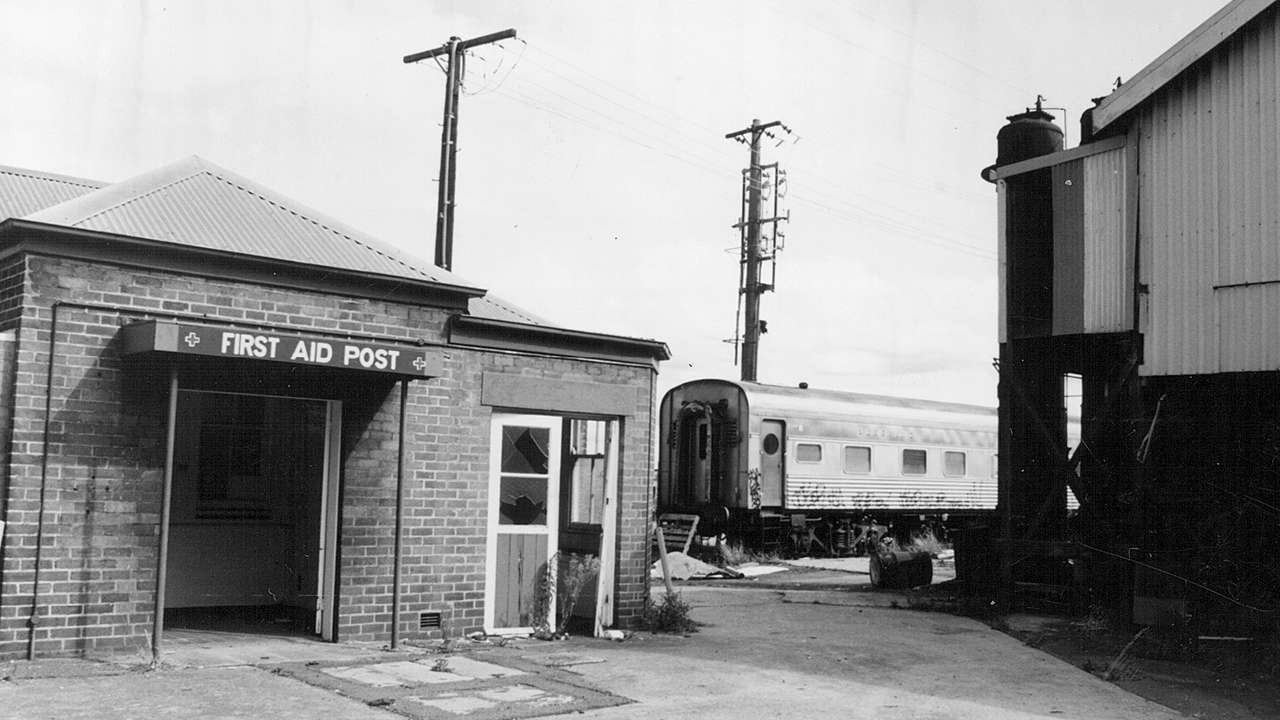 First she concentrated on improving nurses’ training. She became one of four founders of the New South Wales College of Nursing (NSWCN) in 1949. From 1949 to 1952 she was responsible for the syllabus and supervision of the Industrial Nursing Certificate at the NSWCN, gaining the certificate herself in 1950.

Then she looked at improving conditions and pay by founding the Industrial Nursing Branch of the New South Wales Nursing Association (1946). Then in 1954 she became a member of the Committee on Nursing which was established to advise the National Health and Medical Research Council of Australia and she was also a member of a committee which assisted the Cahill Labor Government to re-draft the Nurses Registration Act.

Among her many honours were to become honorary secretary of the Industrial Nursing Branch from its inception in 1947 to 1951. As well, she was appointed MBE - Member of The Order of the British Empire (Civil) - New Year's Honours List, 1960, for services to nursing.

She passed away in 1992 in her home at Normanhurst, Sydney.

Possibly the best testament to Mary’s legacy is that historians of women’s rights, nursing, the Labor Party, the union movement and science all record her achievements in their work.