In 1887, when the Workshops commenced operations, bays 1 and 2 housed Eveleigh's brigade of skilled blacksmiths. Here they toiled amongst a labyrinth of anvils, presses, hearths and hammers that remains virtually unchanged.
Media

Bay 1 was the domain of heavy-metal forging, with the Davy Press and its attendant equipment dominating the northern end. In the south, glaring back at the Davy is the other workshop heavyweight – the mighty double-arch steam drop hammer. Used for fire-welding and metal forging, the drop hammer put on spectacular fireworks shows in the course of its daily duties. With its deafening bangs and lightning-quick blows to scorching billets, it belched flames and showered the workshop with fantastical streams of iron embers, terrifying apprentices, singeing eyebrows and igniting the fashionable newspaper hats donned by nearby blacksmiths. 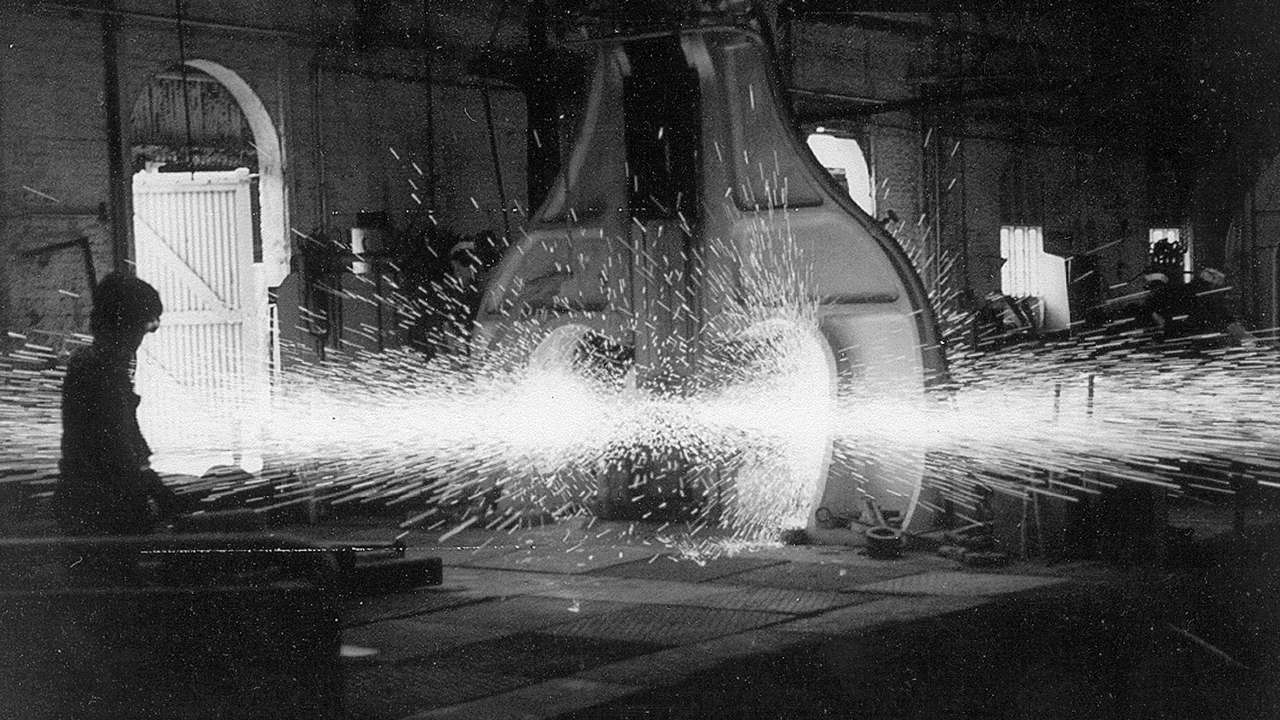 "I came in as a shop boy at an early age and I first worked in the blacksmith’s shop here, and I was scared of them steam hammers. They kicked back and I didn’t like it."

Bay 2 blacksmiths stood amid the flickering flames of some 20 forges that once proliferated in the north. The principle machines and tools of the blacksmith’s trade remain here – a forge fire and nearby coke bin, a water-cooling quenching tank, an anvil and a swage block, were all essential equipment. Nearby, the tool box, hammers and tongs, rack upon rack of improvised tools and contraptions thumped, clattered and clanged at the hands of the smiths.

The south end of Bay 2 was the realm of the machinists who mass-produced and tested innumerable springs for Eveleigh's vast fleet of wagons and carriages. Steam demanded by the workshops' mighty machines was generated by four 36-class boilers whose charred smoke stacks stand sentinel to the loco shops; meanwhile, the adjacent pump house and towering accumulator cylinders powered the smiths' presses and spring-making equipment with high-pressure water. 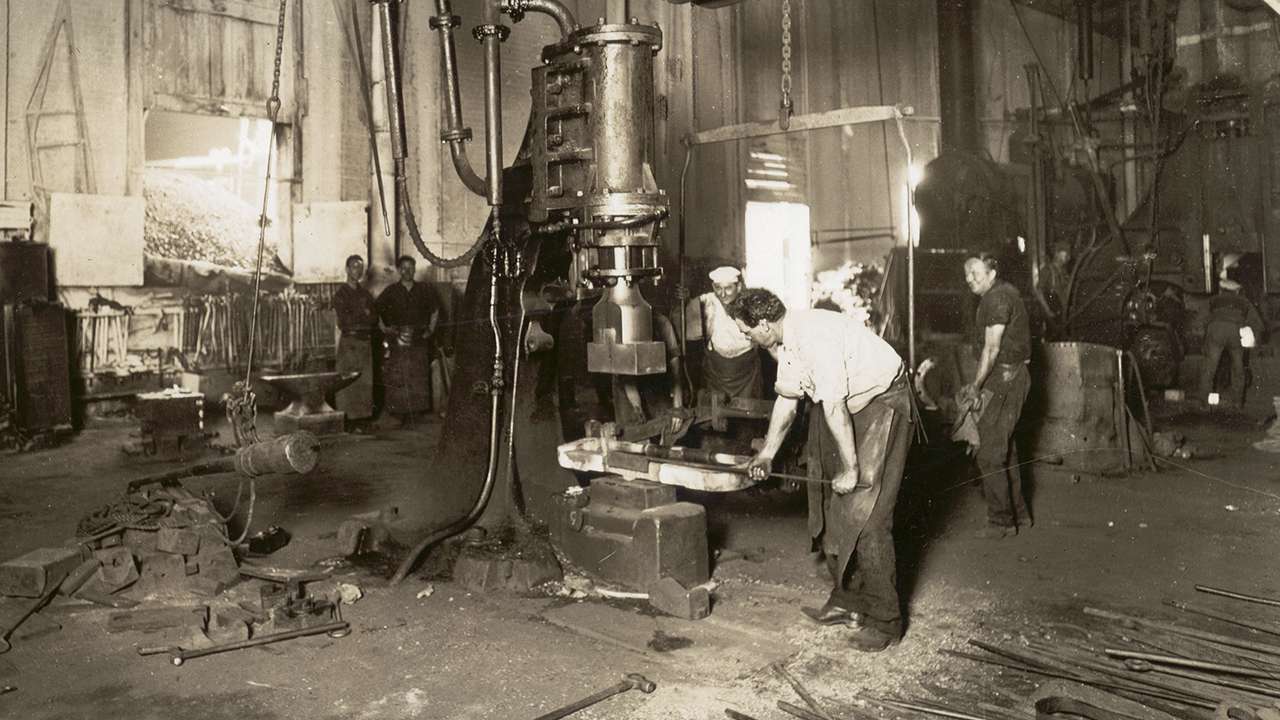 "The heat from a big billet, around half a metre in diameter and three or four metres long, is fierce - so fierce it sears the skin."

Eveleigh Railway Workshops finally closed its doors in 1989, but as it did so the visionary Dr Tom Forgan arrived on the scene, conceiving a grand scheme to re-open Eveleigh by re-purposing the redundant site as a centre for technological innovation. With the support of the University of Sydney, University of NSW and the University of Technology, and backing from the NSW Government, Dr Forgan oversaw the ambitious conversion of the idle workshops to Australian Technology Park, retaining its rugged industrial character in all its gritty glory.

The Blacksmiths Workshops burst back into life with the arrival of metalworking firm Wrought Artworks in 1991. Blacksmith artisans Guido Gouverneur and Wendie McCaffley fired up the dormant furnaces and recommissioned Eveleigh's array of rusting original tools and equipment, saving them from the scrap heap.

The reactivation of the workshops attracted former Eveleigh blacksmiths, who returned in droves to share their skills and knowledge of the forgotten workings of the mysterious machines. This has enabled Wrought Artworks to employ many of these industrial antiques in the manufacture of all manner of ironwork products using traditional blacksmithing techniques. Significant heritage conservation projects since undertaken by Guido and Wendie include decorative reproduction cast iron elements for the Centennial Park Reservoir Gates and restoration of the elaborate Dawes Point Balustrade.

Wrought Artworks still utilise Eveleigh’s historic blacksmithing equipment and the workshops remain alive with the spectacular sights and sounds of metal work and manufacturing. As Sydney’s industrial landscape has evolved, so too has Wrought Artworks. The workshop is now used for the manufacture of steel windows and doors. Guido and Wendie combine traditional hand-forging methods with modern technology, epitomising the ethos of Australian Technology Park: the fusion of the old with the new.