Springs were crucial: they absorbed the movements of the car on the track and kept the wheels firmly planted on the rails.
Media

Without springs an engine or carriage would have shaken itself apart very quickly. Any movement of the car on the track - such as from a joint between rails or small rock on the tracks - would have been felt by all passengers. Springs were also were essential to a train’s suspension, seats and the buffers between cars.

While spring making was the official business of the Spring Shop - its artisans were talented at making other things too!

“Look everything was OK if it was wrapped in newspapers. You’ve got to understand, the Foreign Orders were not for the railways. If you said Ian, I need a set of blades for me lawnmower, these were the Foreign Orders. The Spring Shop used to be the place”

Springs were flat, semi-elliptic or coil type, full leaf, half leaf or helical. Originally most trains used leaf springs but now they mainly use coil springs, because they are simpler and cheaper to manufacture. Both types were manufactured in large quantities at Eveleigh. For example, in the 1950s, the Spring Shop at Eveleigh manufactured and/or repaired an average of 33,200 leaf springs and 25,500 coiled springs per year for locomotives, carriages and wagons on the NSW system. 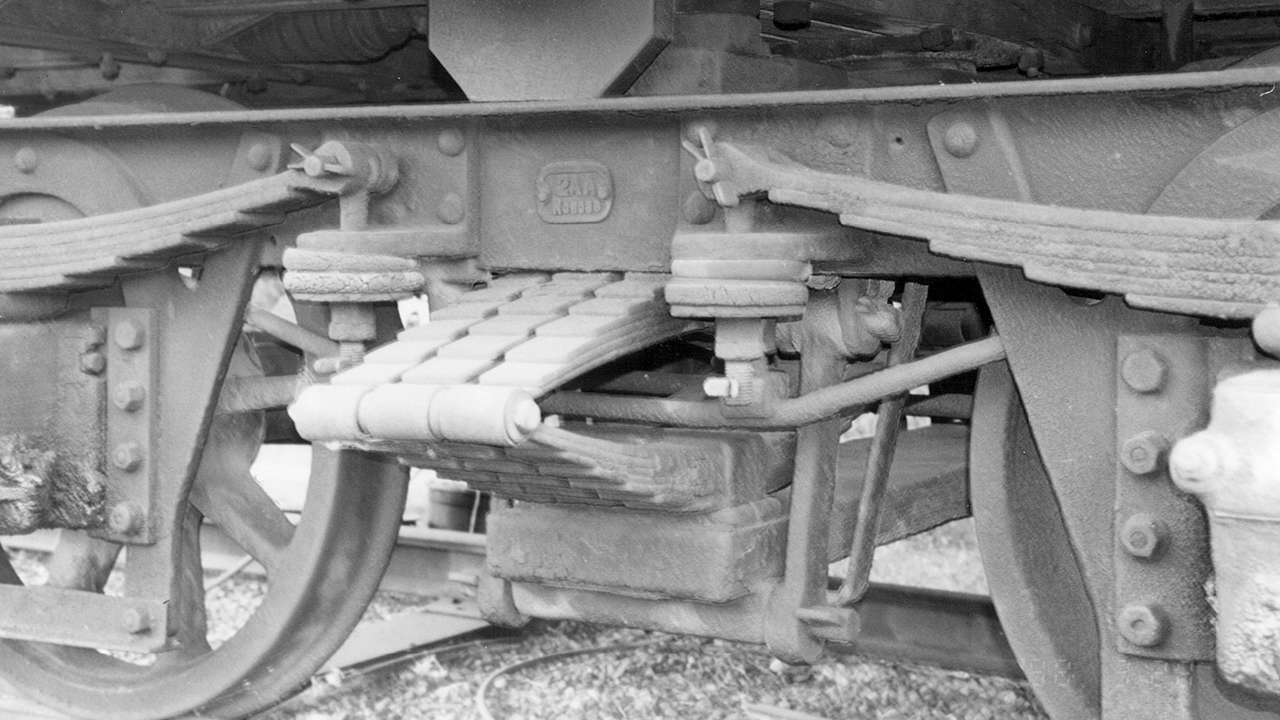 As each Loco was striped down for overhaul, leaf and coil springs were distributed to different sections to be cleaned and assessed for damage. Spring manufacture relies on properties of certain steel that are resistant to distortion when bent. It will tend to recover its original shape when the bending force is removed. However, this relies on the steel being properly tempered, a process which strengthens metal through heat treatment.

The manufacturing process for springs involved a series of steps including: shaping the steel, tempering, finishing and assembly. Consequently, a number of machines were required to manufacture springs including: spring-winding machines, or adapted lathes for making coil springs; shearing machines for cutting wire for coil springs; spring formers for shaping leaf springs; furnaces for tempering; and a spring buckling press for assembling leaf springs. 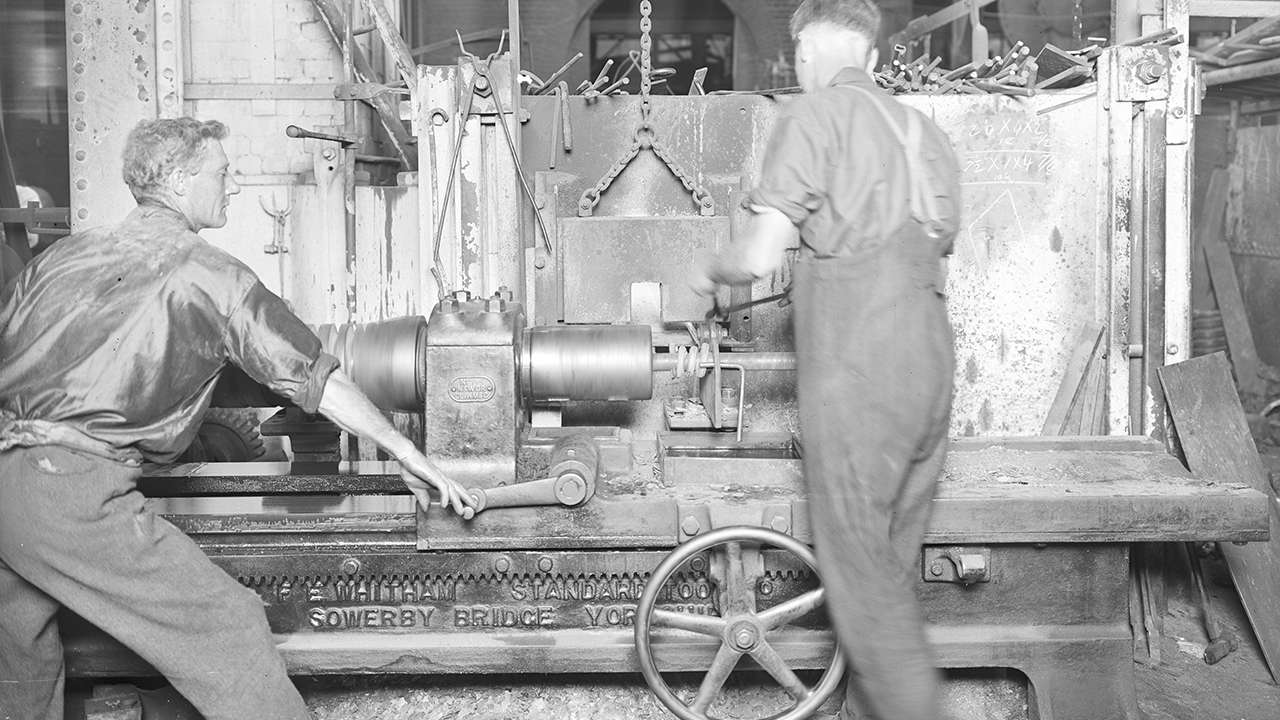 Coil springs were formed in the Whitham Spring Coiler by winding heated rods around a shaped bar of metal called a mandrel. Different mandrels are used to create different diameters of coil or to produce conical shapes. Different winding speeds, wind the wire into the desired pitch (distance between successive coils) as it wraps around the mandrel. A selection of springs and mandrels can be seen on the racks around the machine. 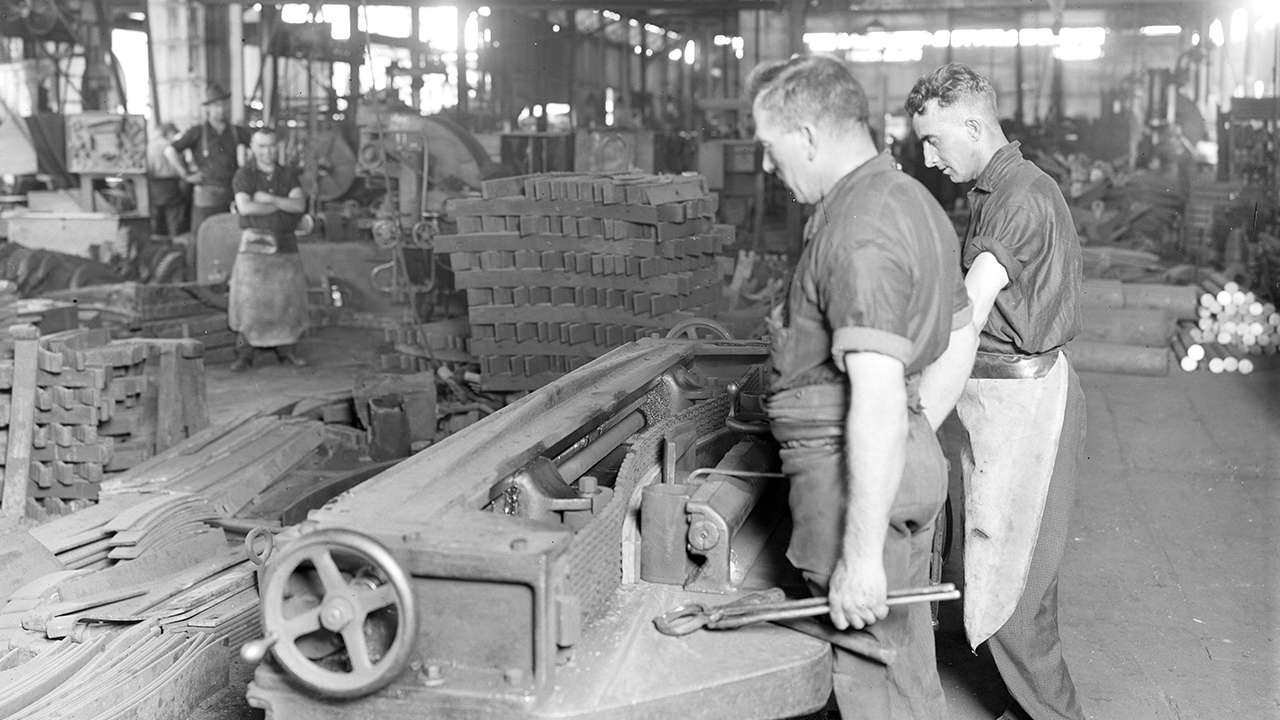 A flat or leaf spring is a flat bar or ‘leaf’ of steel, fixed into an arch or curved shape. Batches of leaves are bundled together to form a complete spring. The precise shape of the curve of each leaf is important.

There was a guy who had a tiny dog. Well, we built him a kennel. It was huge! Took 6 guys to lift it. Couldn’t wrap that in newspaper.

You could get your floor pans for your car, I even made clutch rods for Leyland 700 buses. A friend of mine had a bus company. Next thing we’ve got a dozen clutch rods. I’ve still got 11 at home. That first one was so well made, it lasted forever