The Making of South Eveleigh

South Eveleigh opened its doors to technology-based tenants, conferences and events in 1996, showcasing and interpreting Eveleigh Workshops' powerful Victorian architecture, its original machinery, tools and fixtures – some of which are still in active use.
Media

The Making of South Eveleigh

South Eveleigh, formerly known as Australian Technology Park, opened its doors to technology-based tenants, conferences and events in 1996, showcasing and interpreting Eveleigh Workshops' powerful Victorian architecture, its original machinery, tools and fixtures – some of which are still in active use.

In 1989 Tom Forgan accepted a $12,000 consultancy from the University of Sydney to look at the possibility of developing an Advanced Technology park on surplus State Rail land at Eveleigh, in New South Wales. 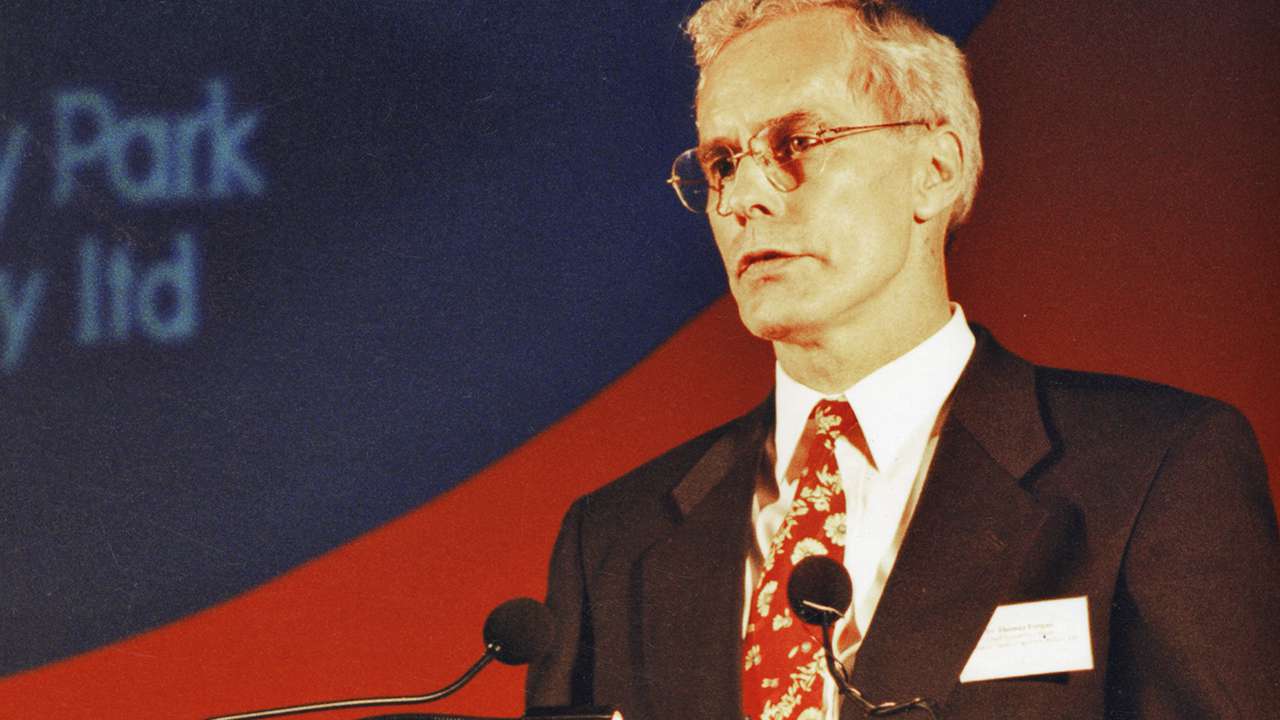 Tom’s reason for accepting the consultancy was that he saw a unique opportunity to address a fundamental flaw in Australia’s development: the constant loss of our world class research and development (R&D) and researchers overseas. Australians did not turn our R&D into product here and we were not meeting our obligation to provide meaningful jobs for our children.

Having linked the universities it was necessary to integrate their research capability and demonstrate to government their key strengths, which if linked to industry would go a long way to addressing Australia’s poor commercialisation of its R&D. 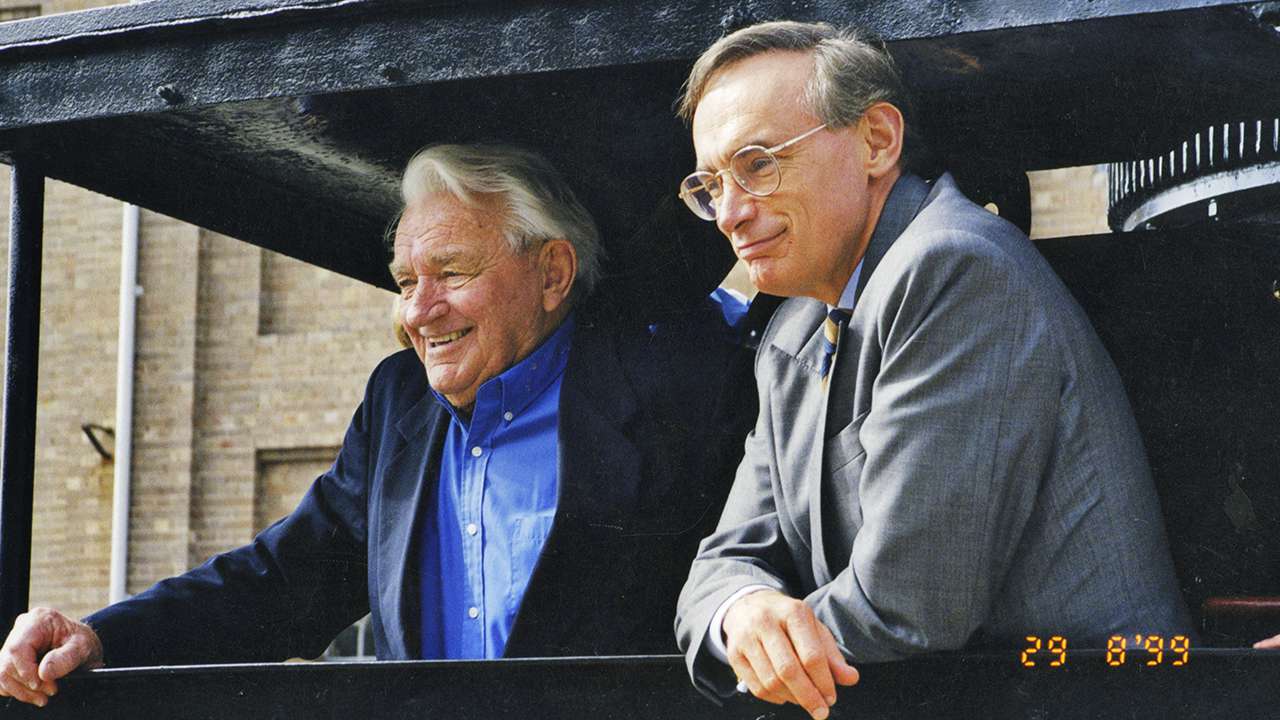 The integration of the universities’ research strengths was used to sell the concept to Premier Greiner and resulted in the Premier committing the Eveleigh site to the project subject to satisfactory feasibility. To further enhance the model, education and skills based training were made the centrepiece of ATP to ensure that people were being trained to take our world class R&D to product.

Opposition to the Project

While the selection of the Eveleigh Workshops site was seen as critical to the concept of a university related Technology Park, due to its proximity to the participating universities, transport links and the business community, there was nevertheless broad opposition to the project.

The opposition to the project was so extensive that the land was withdrawn while alternative government owed sites were considered. While this resulted in the universities withdrawing their funding, Tom’s commitment to the project didn’t waiver as he personally invested $67,000 of his own money in the project to keep it going. He also established an office onsite using an old red rattler railway carriage which he refurbished with his family. 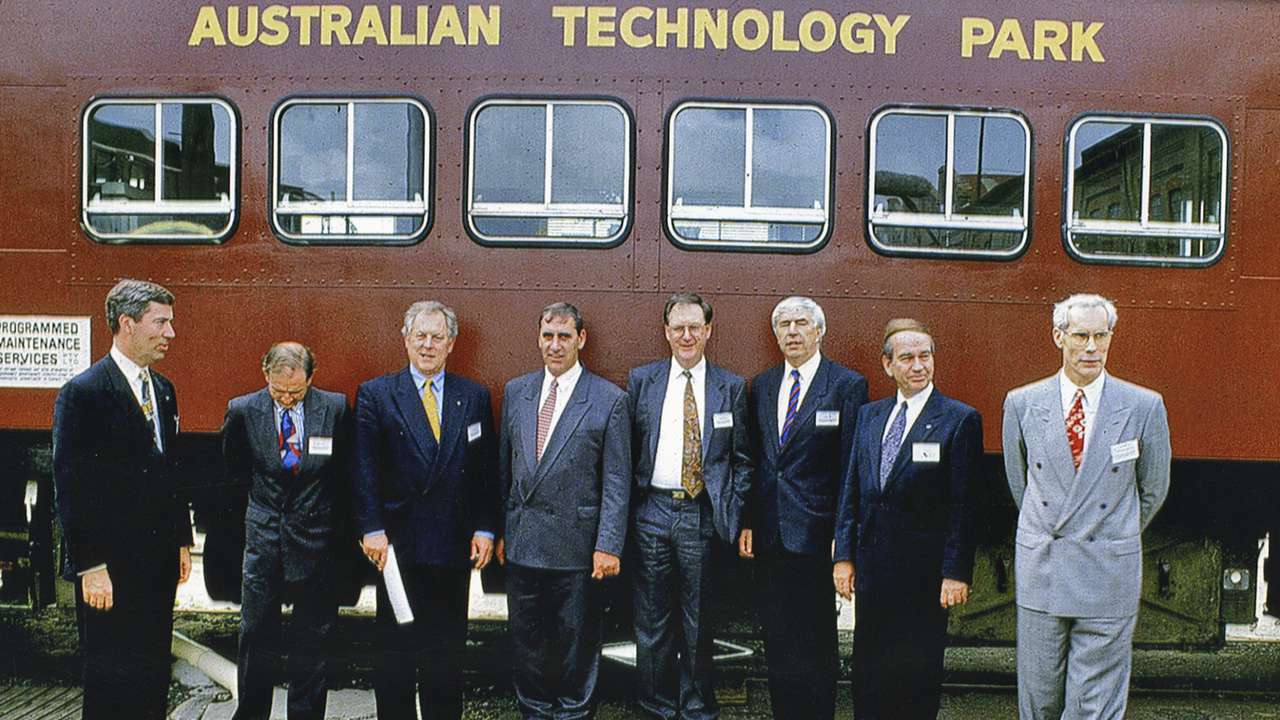 The lack of ongoing funds necessitated the use of the old red rattler as an office for two and half years. During this time the carriage received many notable visitors including Senator Button, Ministers, Simon Crean, Peter Baldwin and Ross Free, together with Premier Greiner, Premier Fahey and Premier Carr and as a one off three Russian cosmonauts. The carriage office also hosted regular Board meetings made up of three Vice Chancellors and industry representatives each month at 7.30 am.

The turning point for the project came about when Premier Fahey agreed to fund the refurbishment and development of the Engine Shop as the National Innovation Centre.

This was followed by significant funding from Federal Minister Brian Howe under the Building Better Cities programme to undertake extensive external works including the decontamination of the whole site, the construction of the amphitheatre and the new link to Redfern station.

As the ATP was to be a Technology Park both in name and nature it was essential that tenants and visitors alike would receive a technological experience. This was achieved by providing single mode, multi-mode and dark fibre providing both a test site and individual tenant access to high performance computing.

Tenants and visitors also experience through the preservation and conservation of all remaining heritage and an experience of a link between the industrial age and our technological age, in short railways to superhighways.

The ATP, now known as South Eveleigh, is recognised both nationally and internationally as a world class Technology Park.