In the days when labour was inexpensive and materials were expensive, to minimise waste, recycling and using every material to it’s fullest was normal.
Media

The state government invested public money in the construction and operation of railways, and every dollar had to be accounted for. In the days when labour was inexpensive and materials were expensive, it was normal to minimise waste, recycle and use every material to it’s fullest.

Old rails were used as concrete reinforcing and fence posts, even on the CME Office in Wilson Street. Whole bridges, station buildings and sheds were shuffled all over the state rather than building new from scratch. Locomotives and carriages eventually took on other uses such as accommodation for workers out on site.

The timber carriages spent most of their lives in the open air where sun and rain took their toll, so the wooden bodies, often with canvas roofs, needed constant maintenance and periodic repairing. Large areas of the site needed to be given over to receiving and storing timber.

The need for economy reached every part of the workshops. Paper that had printing on one side was collected to be used again on the blank side. Old carbon paper which had lost its ink was rejuvenated by being gently warmed in front of an open fire. The end stub of a pencil too short to be held on the fingers was made useful by constructing holders from old fountain pens. Even large pencil erasers were cut in half to double the number. The attitude of economising, recycling and reusing was imbedded in the minds of all staff. 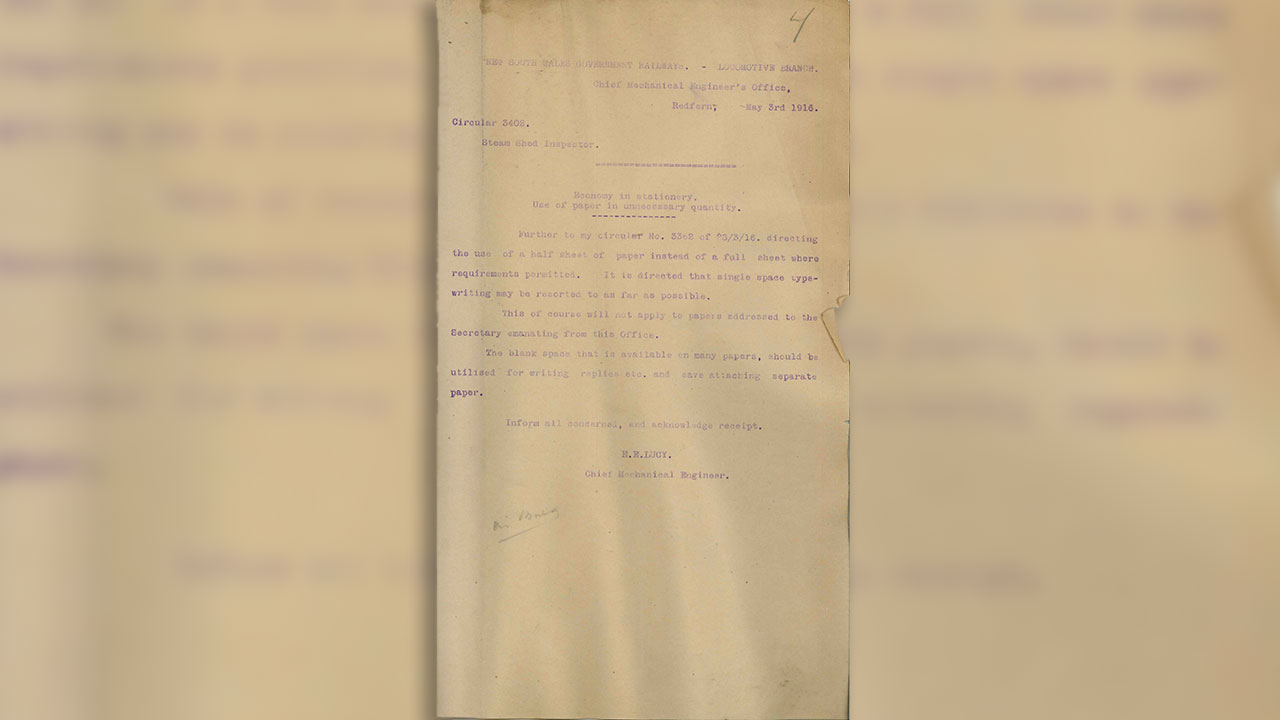 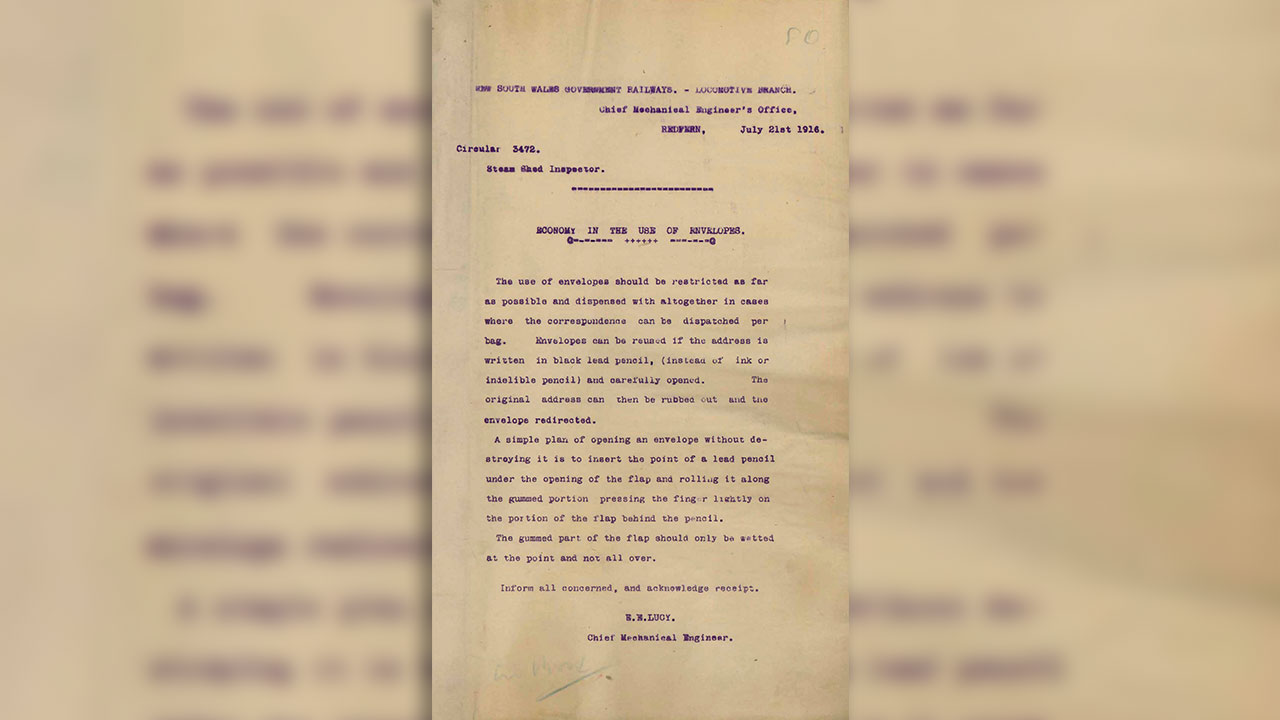