This is a community story contributed by John Gibson

In the modern world there are many examples of petroleum based hydraulic equipment, including car brakes and rams operating graders and other excavation equipment. Prior to the oil age hydraulic water power was essential to industrial development.

The hydraulic system is comprised of a continuous water supply, high-pressure pumps, two accumulators, safety and control valves, and high-pressure piping. The water reservoir is  mounted on a steel stand within the Pump House. 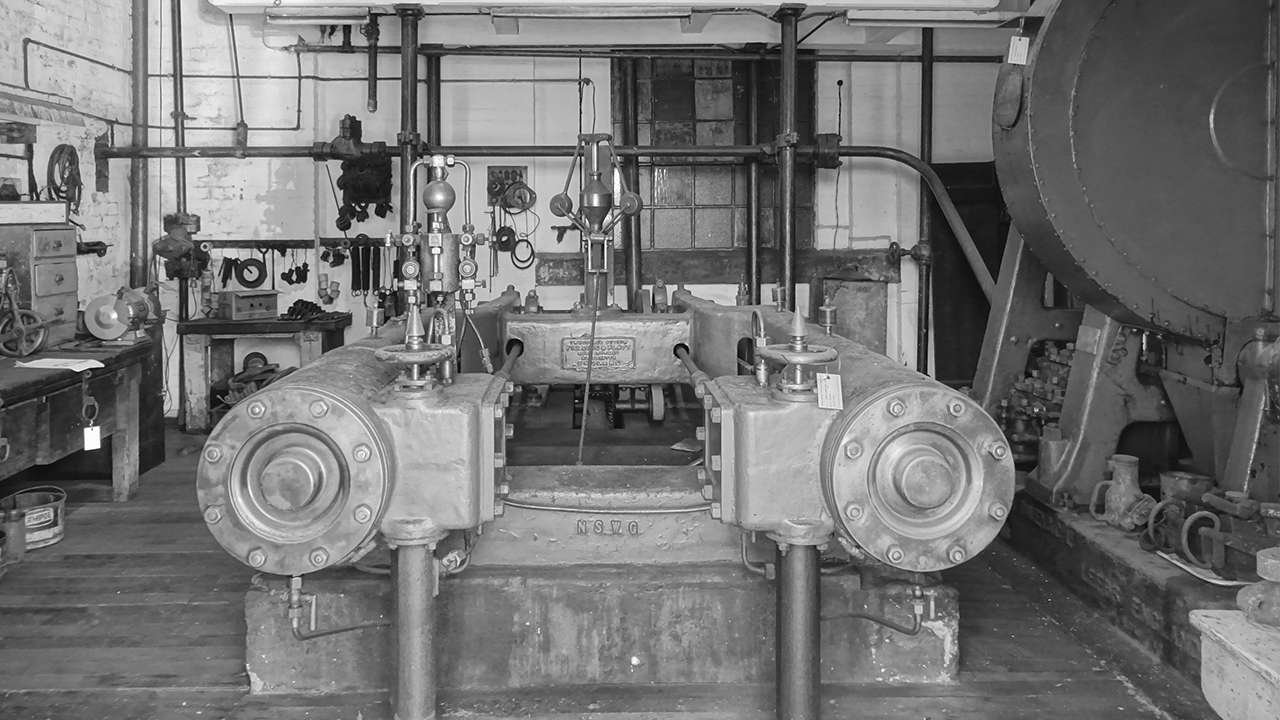 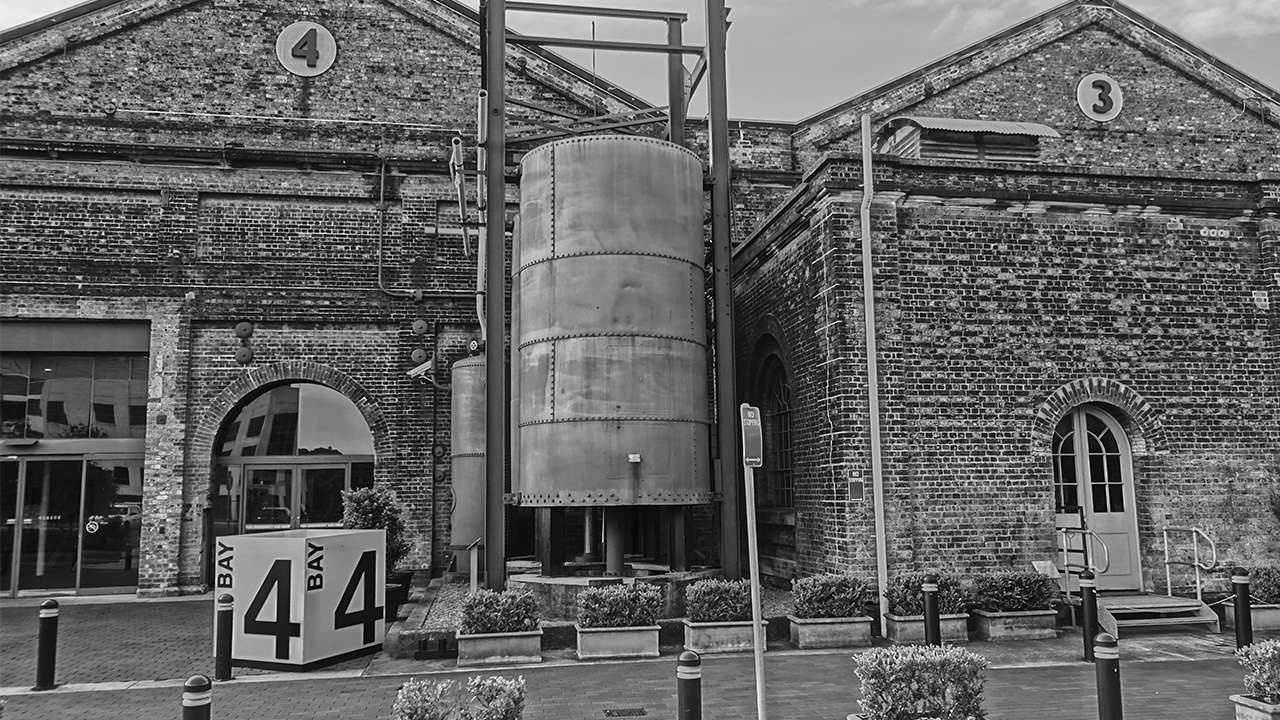 Originally the system was powered by the Fielding & Platt steam pump and the northern accumulator.  However, additional power was required to support the Workshop’s shift from repair to manufacture of locomotives. So, in 1912, with electricity supplied to the Workshops from the White Bay Power Station, the electrically driven Hathorn Davey pump was installed, together with the second accumulator. The steam pump continued to be used as a backup during electric supply blackouts. And this was most likely part of the reason the engine was not discarded many years ago.