James Chisholm, born in 1772, arrived in the colony of New South Wales aged 19, as a non-commissioned officer. The two regiments in which he served quelled both Irish rebellions and Indigenous resistance along the Hawkesbury River.
Media

Chisholm left the Corps in 1810, traded in spirits and property and opened an inn on George Street in Sydney. After acquiring additional property leases in Martin Place, he received a government grant of 62 acres in 1822. Later, he became one of the founders of the Bank of New South Wales.

Calder House was built atop a hill overlooking the Chisholm Estate sometime in the decade following 1827. It was located near to where the Chief Mechanical Engineer’s Office still stands on Wilson Street, North Eveleigh. 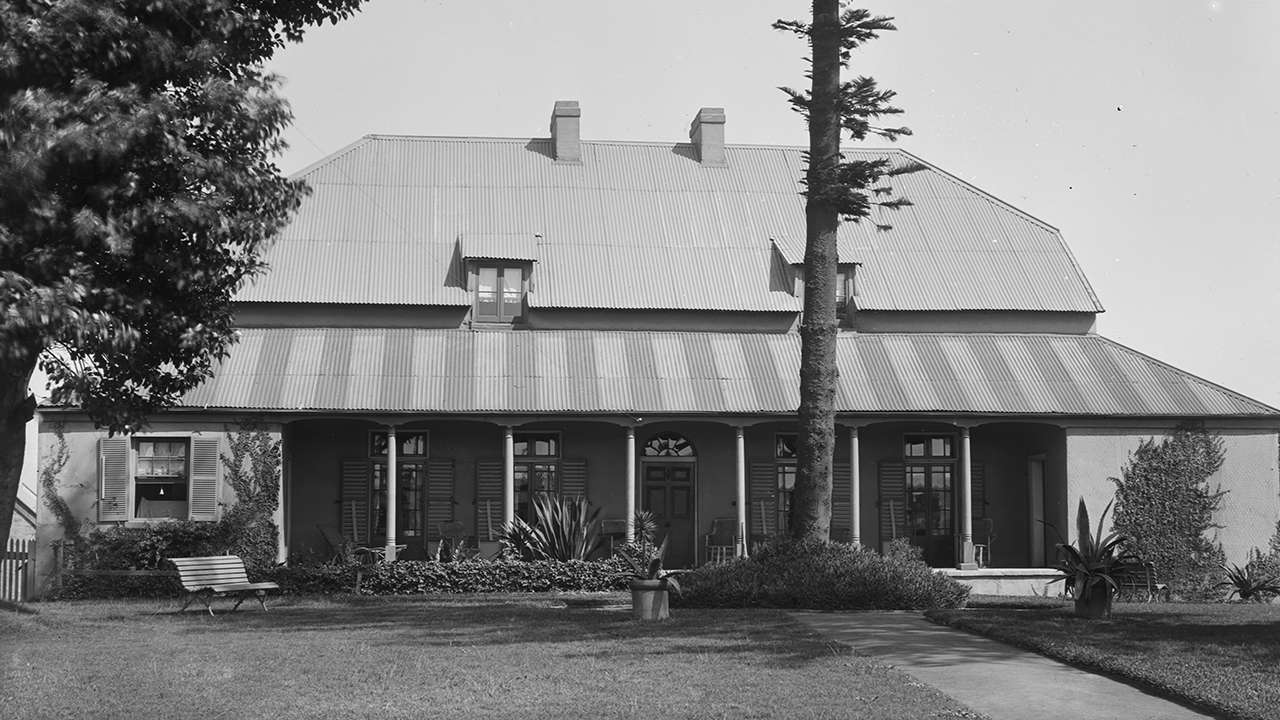 The house was romantically described by the Sydney Evening News, as possessing:

But that beauty was truly in the eye of the beholder. Some rooms were barred to contain assigned convicts, who performed duties as servants, after their day’s work about the house.

Chisholm died at the house in 1837 and was buried in the garden, until damage to the grave prompted his family to relocate his body to Camperdown Cemetery. Through their father’s position and prestige, Chisholm’s children obtained advantageous marriages and land in Camden, Goulburn and Kiama. 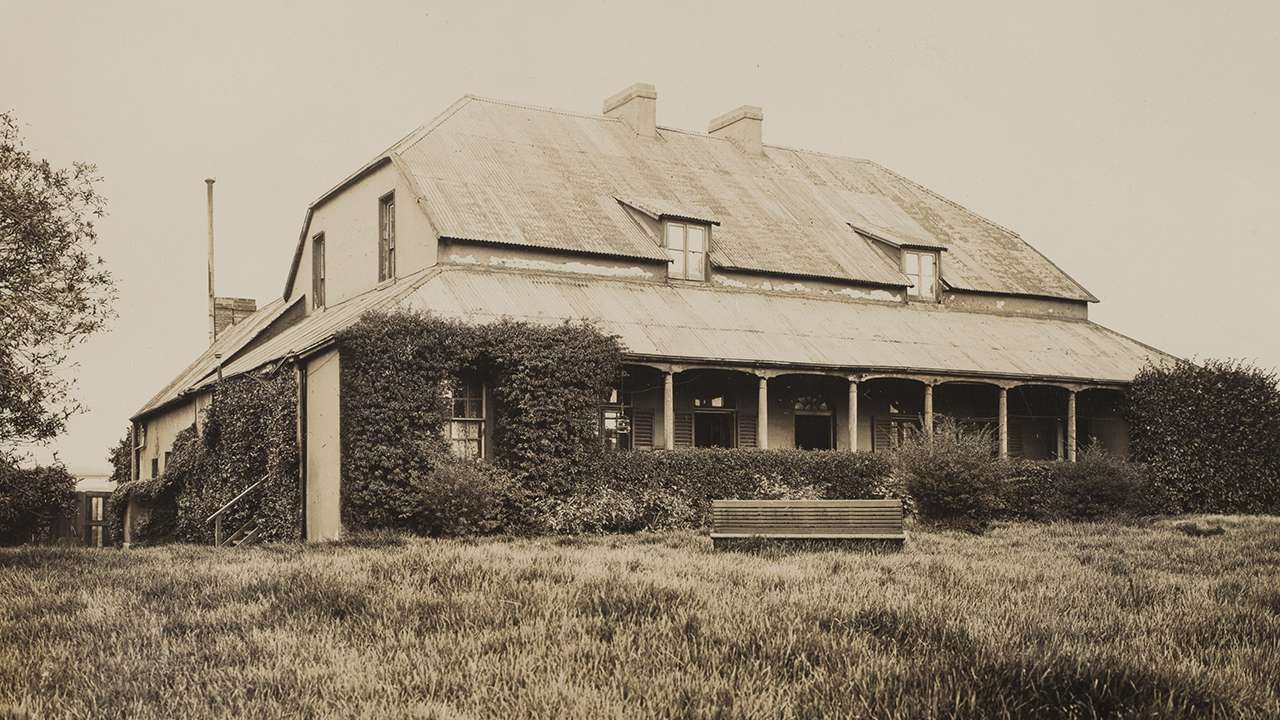 Sydney’s first railway line commenced operation in 1855 and ran between the Sydney Terminus at Devonshire Street and Parramatta Junction. The line ran through the garden of Calder House, prompting Chisholm’s wife Mary to leave for Goulburn.

At that time, J.F. Castles took a lease over the Estate and opened a private school for boys.

“Bird nesting and blackberry gathering along the creek that rippled along the site of the present workshops until it lost itself at the Chinese gardens in Waterloo”.2

The exclusive school for ‘the sons of gentleman’ educated many boys who went on to become prominent Sydney professionals. Percy Allan, Chief Engineer of the Department of Public Works, who designed the distinctive Pyrmont Bridge, was among the many politicians, solicitors, judges and bank managers educated at Calder House.

“Many lads owed their success to the sound education they received at the school in those far-off happy quill-pen days. Those were the days of green fields and cow pastures, of the single-line of railway, and acres of playground.”

The house and land were resumed in 1880 to establish Eveleigh Workshops and Calder House became the residence of Eveleigh’s General Works Manager. A recognisable landmark on the train journey to Central for many years, the distinctive house was demolished in 1924.

What began as a single rail cutting between Sydney and Parramatta became a large industrial enterprise. In 1927, the hillock on which Calder House was built was levelled by a huge steam hammer to allow for the rapidly expanding railway. 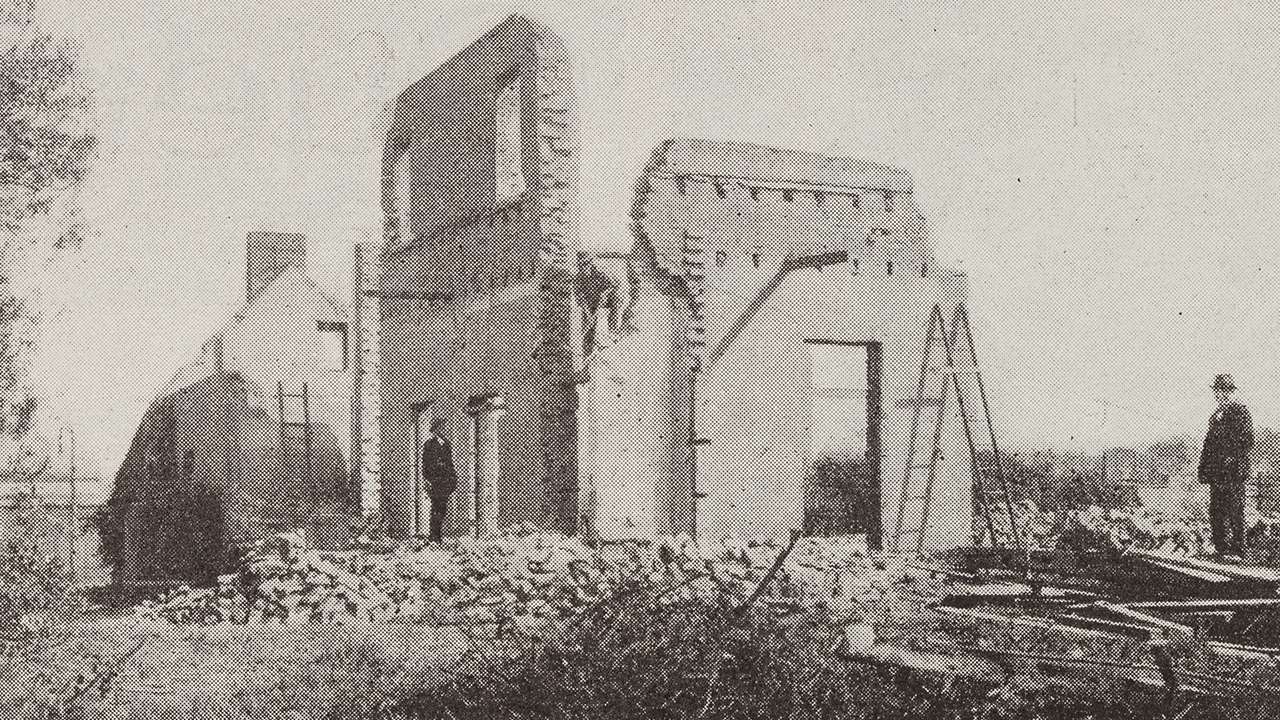 The speed of progress as viewed through the train window was remarkable – from country estate to great workshops and multitudinous railway lines within 40 years.